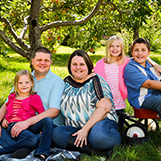 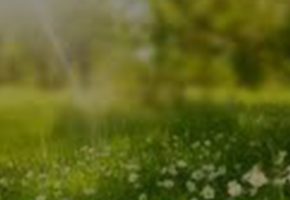 Miracles Out of Nowhere by: Randy Schmor

I suspect that maybe some of you, but probably not all of you, would know the reference that I chose for the title of this newsletter article: ‘Miracles Out of Nowhere’

Wrapping Up Our First Term

At the beginning of April, we announced that our family will be taking an early home assignment.

Zooming Into a New Semester

Happy New year!!! The year 2021 has arrived and with it a new year of hopes and promises. It is such a beautiful promise that we have from our Lord that he is as faithful as the changing of the seasons.

In All Things, Give Thanks

I love November. This month people openly share reasons to be thankful. For us, November also brings a shift toward Christmas, the downhill slide toward the end of the school year for our daughters, and a celebration of two years on the mission field.

Get to know Brandon and Marci Jones

Visit our personal website / blog to keep up to date—https://www.teachingbeyondborders.org/

When did you first know God was calling you to the mission field?

Brandon: In elementary school we would have assignments where we’d write about our future lives, and I would write about being a missionary. I had my plane ticket purchased to be a short-term missionary in Fiji after Bible College, but civil unrest there kept me from ever going. After meeting and marrying my wife, Marci, who is a missionary kid, we’d often prayed and even looked into becoming missionaries, but God never clearly called us anywhere overseas. He called me instead to pastor in the NAB, where one of my highlights every fall was our Missions Fest. In the fall of 2015, leading up to our Missions Fest, I felt compelled to pray that God would raise a cross-cultural missionary out of our church. A few months after that, I knew God was calling our family.

Marci: I was born and raised on the mission field. My whole life has been centered around global missions. I knew from a young age that I wanted to return to the mission field and to live the life of a missionary. Last year God answered my prayers by showing me this opportunity in Brazil. I grew up in Kenya, so I always thought I would go back to Africa. But God wasn’t calling me to go back to the familiar. He was calling me to move forward and experience something new. He has given me a heart for the Brazilian people, and I am excited to see what God will do.

Who is someone that influenced you in your decision to serve as a missionary in a cross-cultural setting?

Brandon: My wife, Marci, grew up as a missionary kid. She and her family have encouraged me greatly to have the courage to follow God’s call overseas. Their life as a missionary family has had its set of difficulties, but I have seen God be faithful to them always.

Marci: My parents have been my greatest influence. Neither of my parents was raised in a Christian home. They both came to Christ as teenagers. When God called them to Kenya to be missionaries they were scared, but they were obedient. I have witnessed them have faith that God would protect and provide for our family. My parents influenced me by going to a foreign land, learning how to live in a different culture, and loving the people there unconditionally. I cannot imagine a better place to be than answering God’s call.

What life experiences did you have that helped you prepare to go overseas?

Brandon: Growing up in a church that emphasized missions helped me see the world outside of America. The church where I pastored in South Dakota partnered with a mission on the Pine Ridge Indian Reservation, which is the poorest county in our entire country. Our trips there were cross-cultural, even though we never left our state’s borders. God opened my eyes not only to the great need that lies in the mission field, but also the great people who live all over our world.

Marci: Growing up in Kenya gave me a unique perspective of the world. I grew up a minority. My sister and I were the only white kids in our school. I understand what it feels like to be from one culture, but live in a different one, and not feel fully at-home in both. There is even a term coined for people like me: third culture kids. This experience has allowed me to view all cultures and people as unique and beautiful.

How would you describe your first year on the mission field?

Brandon: Our two-week survey trip was busy, invigorating, overwhelming, and joyful. We would wake up early almost every morning to go out and visit a church plant, orphanage, or mission, then after a brief time of rest in the afternoon I’d teach a class all night. Our schedule was full, but it was energizing to be able to teach students who were eager to learn. Being in a new culture can be a bit much, as the language barrier is ever-present and different customs can take some getting used to, but I took much joy in being with brothers and sisters in Christ who had such passion for God that it broke down most every barrier that stood between us.

Marci: I have not lived on the field just yet. I did go and visit for two weeks when we were discerning God’s call. Going from a small town on the prairie in South Dakota that has the population of 450, to a city with a metro area of 4.5 million was quite a shock. The first two days I was there, I would look out of my hotel window and think to myself, this place is so busy; you have got to be kidding me, God. I cannot live here. But when I stopped looking at the city from my window and got down on the street and started meeting people and listening to how God was at work there, my view of the city started to change. Instead of seeing the busyness, I saw souls who needed to know Jesus. I saw a desperate need for theological education. By the end of the two weeks, I started to visualize myself living in the city. God had completely changed my perspective.

What surprised you the most once you began your work? What did you wish you knew beforehand?

Brandon: I was surprised most by the Christians in Rio Grande do Sul, Brazil. Their passions for evangelism, for discipleship, and for worship were contagious. They looked up to American Christians because we once brought the gospel to Brazil, but after spending time with them I think we in America have much to look up to them for. I wish I knew more of the language before I went on our survey trip. After two weeks, I knew a few words and phrases, but the barrier was quite hard to overcome when no interpreter was available.

What initial fears/concerns did you have about serving as a missionary overseas?

Brandon: I am concerned about my children thriving in such a new world. The only place they really know as home is a small town on the prairie of the Dakotas. We are moving to a very opposite world: from north to south, from rural to urban, from American to Brazilian.

Marci: I am concerned for my children as they adjust to living in a new world. They are old enough that they have their own concerns and to ask good questions, and I cannot always answer them. I want them to adjust well, and embrace this change as a positive experience. I am also scared to drive in a big city. That will be a tough fear for me to overcome.

What is something that would surprise others about mission work or the people you are called to serve?

Brandon: Porto Alegre is very much a night-owl culture. A lot of schools do not begin until the afternoon. Church services are at night. A small-group meeting might not begin until 10PM. Even birthday parties for children and teens might not be over until 3 or 4 AM. Yet, a lot of jobs begin their shifts in the mornings, just like in North America.

Marci: I always thought that Brazil was an evangelized country. Even though most of Brazil is evangelized, less than 2% of the people in the state of Rio Grande do Sul believe in Christ. God is at work in this state, however, through this small remnant. He has called many men to be church planters and pastors here, and there is great need for theological education to train the people God continues to call into church leadership. This is why the seminary in Porto Alegre is so key to the advancement of the gospel throughout the state.

What are some of the factors that led you to become an overseas missionary through the NAB?

Brandon: I value that the NAB is a family that has built on their ethnic heritage by centering on being missional. I have always felt at home in the NAB. Churches can do much more together than alone, and I treasure the support available to missionaries through the NAB.

Marci: We joined the NAB when my husband became a pastor in Herreid, South Dakota. Since that time, we have felt that the NAB is not just an organization of churches and missionaries, but also our family. We have gotten to know many pastors, missionaries, and leaders, and we can see that the NAB is not only doctrinally sound, but the leadership of the conference is godly and strives to serve God through serving others. I feel so blessed to be a part of the NAB team.

What advice would you give to those considering overseas missions?

Brandon: Don’t be scared. If you feel God calling you, don’t tell Him that you will go once this happens or that milestone passes. If He calls you, He already knows your needs and will take care of you.

How can people pray for you?

Brandon: Pray for our safety. Pray for the churches in Brazil to continue raising up leaders for the next generations. Pray for our children to embrace this new adventure in life.

Marci: Pray that we walk by faith and not by fear. Pray that our children will adjust and that they will see God being faithful to our family. Pray that our whole family will be able to learn Portuguese. Pray for the seminary and the churches in Brazil.