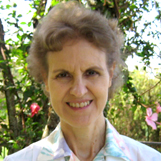 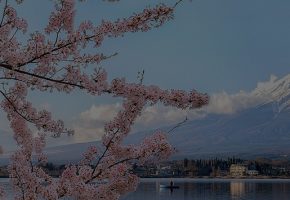 After I returned to Cameroon during the first week of October, we have been occupied with final exams in anticipation of graduation – scheduled for the end of November.

A Look Back While Planning Ahead

Currently in North America for an abbreviated Home Assignment, I’ve had the privilege of visiting many individuals and several churches. While there has not been sufficient time to visit all, my desire and intention is to connect with those missed in another two to three years.

Every two to three months during the year it has been a privilege to take a senior resident to my former place of work: Banso Baptist Hospital (BBH). We have found this to be a productive time – a week during which the resident can take charge of teaching house officers.

Get to know Julie Stone

While in University, The Lord used the study of physics (especially the mathematical properties of light) to deal with my doubts about the veracity and integrity of His Word.  After finally coming to the realization that belief in His Word as Truth does not require one to relinquish reason, I simply asked The Lord to work out His whole will in my life, whatever that might involve.  When presented with the opportunity to work in Africa, it seemed insignificant compared to the assurance that The Lord Jesus is who He claimed to be.

I’ve been working as an NAB missionary for 22 years.

It was quite challenging, simply because of the workload.  The severity of illness found in patients presenting for admission was very troubling.  In a western context, many of our patients would be cared for in an ICU setting.  Learning to work within the limited constrains of the African setting was an adjustment.

Certain aspects about the culture were surprising.  It would have been helpful to have a better sense beforehand as to how pervasively animistic practices influence African thinking and behavior.

Q What has been the most challenging aspect to your work?

One of the biggest challenges is simply working in a setting where we are constantly running out of essential medications and supplies.  The Africans accept these problems as part of the ebb and flow of life.  Trying to encourage a proactive stance toward maintaining inventory and avoiding “out of stock” crises is an on-going struggle.

I’ve learned to become bolder in speaking with others about The Lord.  It’s interesting that boldness to proclaim the Gospel is a quality for which the disciples prayed in Acts 4:29.

It may be surprising to know that there are very few amenities we’re lacking.  Our homes have running water and electricity (most of the time).  Availability of internet service, which was very sparse years ago, has also begun to improve.  And, of course, we also have cell phones.

Because of my military training and postings overseas, I was not affiliated with a particular church or denomination.  When my brother-in-law, an NAB pastor, learned of my interest in medical missions, he suggested that I contact the NAB.  So, I sometimes say that my entree into the NAB came about through marriage… that of my sister.

One of my greatest desires is to be a good steward of the opportunities The Lord provides to testify of Him.