Gary Clatterbuck Get to know Gary

Other posts from Gary

HOPE IS IN THE AIR 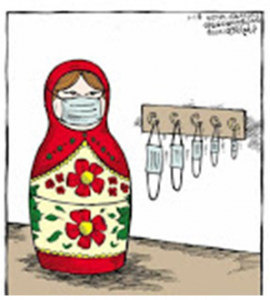 This picture, taken the first time I went to Russia, is dear to my heart and reminds me of the reason we work in Ukraine and Russia.

The first year I went was to go to Omsk, Russia. I had never been to Russia before. I taught for two weeks. On the weekend I was taken to a village church led by the man on my right, who was  a part of the class. I had learned that he had spent time in prison for being a drug dealer. In prison, he found Jesus, which led to the drug rehab program in the prison where he was completely rehabilitated. Interesting that in the Russian prisons the rehab has been turned over to Christian groups from the local churches. They have found the Christian approach results in the least number of those coming back. At the end of the rehab program, the person who is deemed free from the drugs is put through a test. They put the person in solitary confinement for fourteen days. They also place a table with the drugs he was addicted to on a table in the cell. They receive food and water. All the churches in the region pray for the person; day and night people pray. If at the end of the fourteen days the prisoner has not touched the drugs, the person is released and his record is wiped clean. 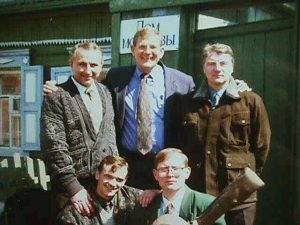 This man was so joyful in Jesus that he gave his life to ministry. He was in the school.  He was pastoring this small church, which met in the home in the background. He shared after taking the picture that the man on my other side was his deacon at the village church. Oh yes, he also stated that the deacon was the judge that sent him to prison. Prisoners set free from drug addiction now serving others. That is what motivates me to go to Russia and help in the training of leaders for the churches throughout the country.

If with heart and soul you’re doing good, do you think you can be stopped? Even if you suffer for it, you’re still better off. Don’t give the opposition a second thought. Through thick and thin, keep your hearts at attention, in adoration before Christ, your Master. Be ready to speak up and tell anyone who asks why you’re living the way you are, and always with the utmost courtesy. Keep a clear conscience before God so that when people throw mud at you, none of it will stick. They’ll end up realizing that they’re the ones who need a bath. It’s better to suffer for doing good, if that’s what God wants, than to be punished for doing bad. That’s what Christ did definitively: suffered because of others’ sins, the Righteous One for the unrighteous ones. He went through it all—was put to death and then made alive—to bring us to God.