Having spent the past year as an IDP (Internally Displaced Person), I’m currently on leave in the US prior to returning to Cameroon next month. As the Anglophone crisis has continued unabated, with no end in sight, it was not possible to return to Banso this past year. On the other hand, Mbingo Baptist Hospital (MBH) remains comparatively less effected by the crisis. Upon endeavoring to depart Mbingo, it was necessary to navigate around 3 road blocks set up by separatist forces. Though initially unclear whether it would be possible to reach the airport in time for the flight, by God’s grace we made it through. 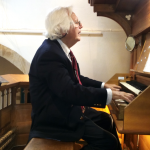 En route home, I stopped in England to pay a brief visit to an individual whose affiliation with the Cameroon Baptist Convention Health Board (CBCHB) spans 20 years. Dr. Peter McCormick is both a musician and a physician. He is pictured here playing the organ for his congregation in St. Edmund’s Parish in the hamlet of Warkton near Kettering, England. Dr. Peter first came to Banso Baptist Hospital in 1999 – at which time he volunteered his services on Children’s Ward.

In those early years, while caring for Cameroonian children, Dr. McCormick’s curiosity was piqued by the large numbers with Burkitt’s Lymphoma – a childhood malignancy common in tropical regions. His early experiences in Banso led him to network with others concerned about this problem. His efforts spawned the CBCHB’s Childhood Cancer Program.

Not only did Dr. McCormick recruit a pediatric oncologist from South Africa to help develop affordable chemotherapy protocols for these children, he also found a way to pay for their therapy. By 2003, he sought to establish a trust for the purpose of assisting the children. The Beryl Thyer Memorial Africa Trust (BTMAT), named in honor of his late sister, was accorded official recognition by the Charity Commission of the UK in 2006. 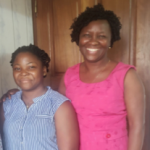 Since its inception, over 1,600 children have benefitted as a result of the childhood cancer program with the financial support of BTMAT and, more recently, World Child 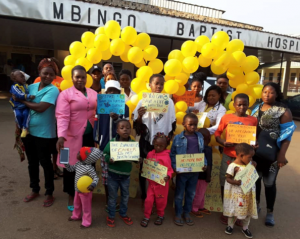 Cancer. To further this effort, our pediatric oncology consultant from South Africa helped to facilitate the training of the Health Board’s own oncologist, Dr. Francine Kouya, who completed a two-year oncology program in Cape Town in 2016. Under the able leadership of Dr. Francine, the work has expanded. Currently, in addition to Burkitt’s Lymphoma, children with Wilm’s Tumor, Retinoblastoma, and Kaposi’s Sarcoma are also being offered subsidized treatment. Dr. Francine’s oncology work is based in Mbingo Hospital. She is a lovely and caring woman who is keen to testify to patients and their carers about God’s love for them shown through the life and ultimate sacrifice of Christ Jesus.

Now retired, Dr. Peter is the proud preservation owner of a steam engine built circa 1923. He can periodically be seen driving the engine in and around Warkton. To my surprise, he entrusted the steering of his engine to me for a brief trip into Kettering. Needless to say, all such outings tend to hold up 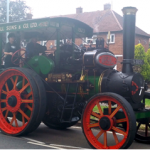