Other posts from Nick & Iris

Greetings from East Asia! Hope that your summer has been filled with joy of vibrant activities as well as solitude with G*d. Since we returned to the field late April, we have searched for an apartment close to the district where our ministries take place. Because of your pr*yers, we were able to find and move into a place late May.

The past few months have been extremely busy but productive. Here are some of the highlights: 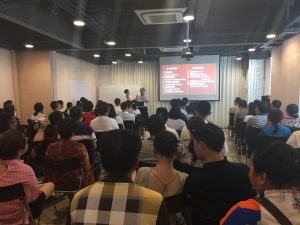 Deepening the believers’ understanding of G*d’s word, Nick conducted training sessions for Book study group leaders in June. PTL! There were over 130 people who attended and received the training. Many of them expressed that the training was helpful for them to lead Book studies in their small groups. 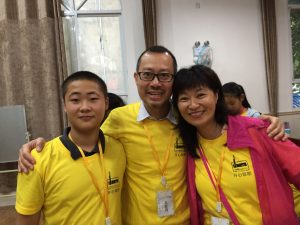 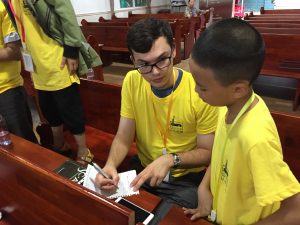 We are excited that a young brother came early July and has been serving with us together for two months here. He served at the summer camp and has been conducting English classes for both elementary and intermediate levels.

In addition, a couple came and served together with us on August 9-12. They presented a spiritual revival event, conducted training of children Sunday school teachers, and provided workshops on parenting, depression caring, and marital relationship enrichment. All events were very fruitful and helpful to participants.

Family and marital relationships are a struggle for so many people here, including believers. Countless counselling sessions have been conducted since our return to the field. We are thankful that our Father opens many doors for our evangel*sm through this ministry.

Recently, we observed that a certain lady attends most fellowships and events. She caught my attention. We are thankful that I (Iris) got an opportunity to get to know her more. Here we will call her Vivian. Vivian is about 50 years old, has two sisters, and grew up in a village. In those days people living in villages did not receive much education; Vivian’s mother was no exception to this and did not receive any education. Vivian’s parents have a very traditional mindset and favor having sons. They do not love their own daughters and even hate them. Vivian’s father keeps blaming his wife for not bearing a son to the family, thereby causing him to lose face by having only daughters. As a consequence, the relationship between Vivian and her parents has been very awkward. Vivian’s mother blamed her daughters for not bringing her luck and benefits in her marriage and she beat them throughout their childhood. In later years Vivian was moved to her grandmother’s place and was raised up by her grandmother.

Since an early age, Vivian has lacked love from others. She started to get depression in her teenage years. She got married and had a daughter; nevertheless, her marriage and family did not bring her any happiness. Vivian had uncontrollable and unpredictable bouts of tear shedding, and her husband claimed this bringing bad luck to the family. Her husband scolds her very often. Her depression became more serious which made her medication no longer effective. Vivian was unable to control her emotions and tried to commit suicide enough times that she received surgery five years ago. After surgery, Vivian has still had to take medicine for managing her depression.

A few months ago, Vivian’s friend brought her to the chu*ch and she accepted Jes*s’ precious salvation. She understands that she is fully accepted and loved by our Lord Jes*s Chr*st. Vivian feels that she has experienced joy and peace since then. She is learning to forgive her mother and to cope with her husband in Chr*st’s love.

Please continue to pr*y that G*d provides His servants to serve with us together in East Asia: nabonmission.org/get-involved/missionary-job-openings

We appreciate very much for your pr*yers and partnership.

Your m*ssion*ries,
Nick and Iris