Other posts from Ron & Jeannie 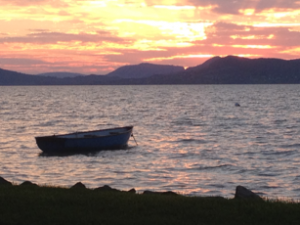 Summer gets very hot in Hungary and in the rest of Central Europe. (Last week temperatures reached 100 degrees.) It is also a time when the Roma (Gypsy) can find temporary work in the farmers’ fields and are not as available to us for ministry and community development. Since it is also a summer when we do not have short-term teams to work with children and youth, Jeannie and I decided it was time for us to take some much-need personal rest.

We’ve rented an apartment for six weeks near Hungary’s beautiful Lake Balaton and have been enjoying getting ourselves back into better physical, mental and emotional shape by swimming each day, biking, walking and taking quiet time to talk, relax, read, refresh and reflect. We have also been visiting with old missionary friends and ministry partners, buying another vehicle to replace our old one that was totaled in an auto accident, as well as doing our own ministry work in the mornings.

We are appreciating David’s poem: The LORD is my shepherd, I lack nothing / He makes me lie down in green pastures (in our case, on green beaches) / He leads me beside quiet waters / He refreshes my soul… 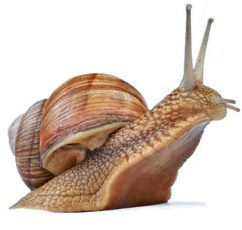 Sometimes I find myself asking God the same question: What was that all about? For example, the most difficult, on-going ordeal Jeannie and I had in our lives was raising our adopted son who was born addicted to heroin and with fetal alcohol syndrome. He passed away last year at the age of 39 from chronic alcoholism.

When he died, my first question to God, after all the love and effort we put into this broken child, was, “What was that all about?”

In Christian community outreach and development, the rule to remember is “three steps forward and two steps back.” Development does not move forward on a smooth line, ever upward. When we see successes and opening doors, we know to be ready for the two steps back. That’s when you want to ask God, “What was that all about?”

For many of our CHE teams, the last 6 months have been the two steps back after many good steps forward in 2016. Snezana, our south Serbia CHE Team leader, has started a promising Roma community outreach/development project near Lebane. Her support organization, GHNI, sent an American team to help advance the project and they did so very successfully with help from other surrounding CHE Teams. Several weeks later, Snezana’s husband, Slave, a burly, enthusiastic and dedicated pastor passed away after a 2 year battle with prostate cancer. The work has had to slow down. Two steps back.

In Bulgaria, committed and skilled Australian missionaries, Roger and Gail Dine, have tried for 3 years to get a model CHE project started in various parts of their beloved adopted country. They were bucking communities and churches that wanted more free aid, rather than true discipleship that produced development. We have invested our time and resources to help the Dines these three years. Gail has now contracted a medical condition that requires that they move back to Australia. Two steps back.

In Serbia, one of our teams is working in a Roma M*sl*m community. The local M*sl*m leader has allowed them to use the community’s mosque/community center to do CHE lessons and children’s programs. The program was growing. In February the CHE Team conducted a well-organized medical screening in the community center. However, some villagers jumped to the conclusion that the CHE Team was somehow connected with the M*sl*m leader’s political party and that he was trying to score points in an election year! The village council has now passed a rule that no outsiders can use the Mosque/community center any longer. This has changed strategy. Two steps back.

Another Serbian CHE Team we work with closely was ministering in partnership with a Roma church and a Serbian church to do CHE in a large Gypsy community. An all-Gypsy community leadership team was selected by the Roma themselves, was trained by CHE workers, and was beginning to prioritize church and community projects. They were starting on their first goal: discipleship of Roma church members to reach surrounding communities. Plans were being made to find partners to build or renovate a building into a community center/church. In February the Serbian church, fearing loss of control of the Roma church, blew up the whole project. Two steps back.

Space does not permit me to write of other “3-step, 2-step shuffles” that are taking place right at present. Just take time right now to pray for us and our teams. Thank you.

Developing Christ-transformed lives and communities is not easy for the faint of heart. It has its predictable setbacks. But what is it all about? In my devotions last week I read this prophetic passage where Messiah Himself is speaking of his future ministry on earth: “But I said, ‘I have labored in vain; I have spent my strength for nothing at all. Yet what is due me is in the LORD’s hand, and my reward is with my God’” (Isaiah 49:4). For Messiah, the reward for His two hard steps back was seeing His spiritual offspring from every kingdom, tongue, tribe and nation. For us we know that God does know what it’s all about, even if we do not; and that it does involve the flourishing of His Kingdom. Our reward will be to see exactly that.