Other posts from Jason & Erin

The God Who Sees 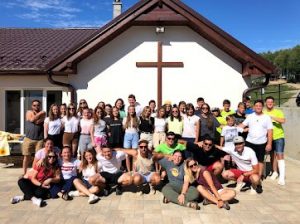 Wow, what a privilege to write to you all and share about these past few weeks. This morning we attended church and it was Harvest Sunday, which meant that after the evening service we gathered together to share a meal and thank the Lord for the harvest. One of our local leaders from Szentkirály was able to go forward and speak about the harvest of the camp season, and I would like to share some of that with all of you, too. We were so blessed to see glimpses of God’s grace in the lives of the campers and to think about all that the Lord accomplished that we did not see: the seeds that He planted that will come forth at the right time to produce a harvest in the lives of those who openly accepted His invitation to draw near and have ears to hear.

In our first week of camp, we had planned to do a carnival for one of our evening programs. Our plans were interrupted by an intense hailstorm, and all of the kids were stuck under the craft tent until the hail had let up. At the end of the week, we invited campers to share testimonies of what the Lord was doing in their hearts during the week. Several campers shared the impact of the hailstorm. One shared how it gave him a picture of God’s mercy and protection. Another shared about how it spo 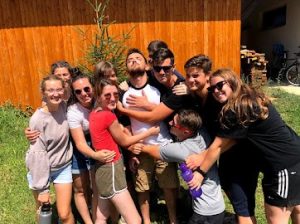 ke of the power of God. This was a powerful example of the Lord at work through His creation and His ability to grow knowledge of Himself in those who are seeking it. What we originally thought of as an interruption became one of the most impactful parts of the week for some of the campers. 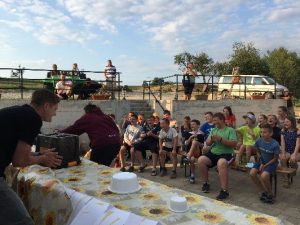 Our theme this year was Hebrews 6:19, and we talked about Jesus being the firm and secure anchor for our souls. It was so lovely to see youth identify the broken anchors that they were holding onto in their lives and to ask the Lord to release them of those anchors. They were also invited to think about what happens when we are drifting, and there was an invitation to those to return to the disciplines of the Christian life and the things that draw us near to God. Cabin time conversations were always a highlight as we witnessed the processing of the messages and heard good questions asked that made for meaningful and impactful conversation. I had my cabin draw a picture at the beginning of the week of where they were in life, and then at the end of the week they drew pictures of what the Lord had done in their lives during the week. One of my girls drew a big question mark at the beginning of the week, and by the end of the week she drew herself on a path to a cross with an anchor. What a powerful testimony of the Lord’s ability to give us direction, purpose, and an invitation to take steps forward in our journey to anchoring ourselves in Him alone. 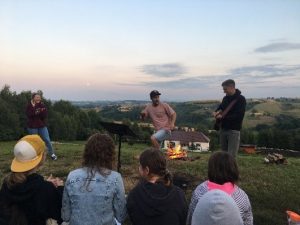 We are still in need of some start-up costs and monthly pledge partners. If you would like to donate or join our monthly support team, please follow the links below: