Voices from the Field Randy Schmor Get to know Randy

Other posts from Randy

More about Hungary and Serbia


One of the prayer requests that’s mentioned above has to do with my Assistant Field Director role in Hungary and Serbia, so I thought maybe I’d share a bit more about ministry in those two countries and the supporting role I currently have and have had with Gateway in this region. 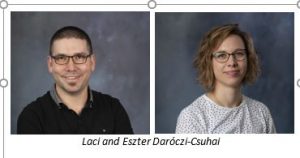 Gateway’s service in Hungary sort of began in 2002 when I accompanied some NAB church leaders (and a mission team) from Alberta as they were serving the church and surveying a place for a new church camp (Camp Falcon Rock) among Hungarian Baptists in Romania. Budapest and the country of Hungary were more/less our arrival and staging area for entering this Eastern European region, which was primarily focused on western Romania. But as I began to develop relationships with some fellow Christians in Budapest (the Barbarics family and others), who served us with van rentals, hotels, and even as sight-seeing guides, opportunities began to be discussed for Gateway mission teams to serve with some selected Hungarian Baptist Churches in cities/towns such as Szentendre and Veroce. Gateway served a number of North American churches as they sent mission teams and individuals to serve and reach out to their communities through children’s/youth ministry and English camps. These mission teams have continued to serve up through just a few years ago AND it should be said that the Hungarian Baptist churches in these two cities still represent opportunities for Gateway’s Sister Church Partnership approach. Please contact me if you think your church may be interested!

NAB missionaries Ron and Jean Seck introduced the ministry model of Community Health Evangelism, or MEK, as it’s known in Hungarian, over a decade ago. CHE (or MEK) is primarily focused on the holistic Gospel needs of the marginalized Roma/Gypsy population present in just about every Hungarian city and village. As the CHE ministry model continued to grow and develop over the years, some key Hungarian believers also rose to the surface as national ministry partners who are now serving under NAB’s partner ministry, MEK. Currently, Laci and Eszter Daróczi-Csuhai are NAB national missionaries serving in this capacity among the Roma in a number of villages seeking to establish model CHE projects in partnership with Roma leadership in these villages. It’s difficult but also amazing and rewarding work that Laci and Eszter have been doing, with the able training and oversight of Ron and Jean. As Ron and Jean look towards the future after many devoted years of ministry service, they are placing more and more responsibility for this work in Hungary in the hands of Laci and Eszter. And most recently, they’ve asked if I would help in a liaison role (Assistant Field Director) for the Daróczi-Csuhais, facilitating their connection to the NAB.

So currently, I find myself serving Laci and Eszter in this role in Hungary, as well as in my role with NAB Gateway, helping North American churches connect in Sister-Church Partnerships in these aforementioned Hungarian Roma villages. 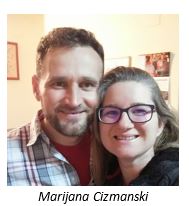 Over the course of their ministry in Central Europe, the Secks also helped establish a similar work to MEK in the country of Serbia where Marijana Cizmanski serves under ZZ (CHE). It’s a similar role of connection with NAB as well that I am helping to facilitate as an Assistant Field Director there. Serbian Roma villages are also the focus here, where Marijana is establishing model CHE projects in this country as Laci and Eszter are doing in Hungary. And as far as my role is concerned, the situation is the same in Serbia as is the case in Hungary; I help Marijana in her connection to the NAB as a liaison and am also seeking to connect Sister-Church Partnerships for Roma villages in Serbia as well.

These additional roles I’ve taken on in Hungary and Serbia have also necessitated my service as a board member of both ZZ Serbia and MEK Hungary as well.

These roles can be a bit complex to explain, but I trust you would continue to hold myself, and of course the ministries of Laci and Eszter and Marijana, up in prayer, as well as the Gateway service I continue to lead in Central Europe and around the world.

And as I mentioned earlier, please let me know if you’d like more information on how your church could be involved as a Sister-Church Partnership in Central Europe!