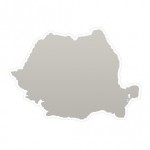 NAB pastors and churches have decades of relationship with leaders in Romania, but it was in 2014 that NAB formalized a ministry agreement to aid the Hungarian Baptist Convention of Romania in the development of Camp Falcon Rock.  We are working together for the construction of a ministry center that be instrumental in developing the next generation of Christian leaders for this country.