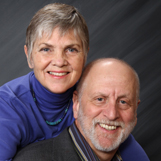 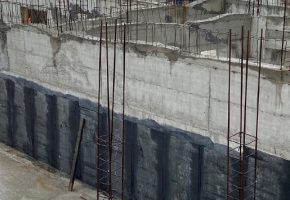 Summer Camps Are a Go! by: Vern and Gloria Wagner

Praise God that Camp Falcon Rock is able to open the doors once again for summer camps. What a joyous sound to hear the laughter and excitement of having young people…

The “Just a Seck” Times

If you’ve been keeping up with our prayer partner updates, you’ll know that the last three months have been very eventful for us and our CHE EuroNet teams. (If you don’t get our prayer updates, write us at our email address below, and we’ll gladly add you to our team.)

After being grounded 16 months in the United States because of the COVID pandemic, we flew back to Budapest on April 23.

THE JUST A SECK TIMES

So, what do we do with our time? We have been stuck at home in Phoenix now almost five months because of this pandemic. Much of that time we have been on home lockdown due to the spikes of COVID-19.

Get to know Ron and Jeannie Seck

Ron: After I was forty, God started prompted me to do more than support missionaries, but to also lead mission trips.  When I was in my fifties, God made it clear to Jeannie and me that He wanted us to spend at least five years in full-time, overseas missions in Hungary.  When I was 63 He gave us the clear sign that he was releasing us from the pastorate to pursue this mission’s goal.  We left for Hungary full-time when I was 63.

Jeannie: When I was around 6 years old, after-receiving Jesus into my life, at our Junior Church service a missionary challenged us to give our lives to Jesus to be used to reach out to others. I felt this was an encouragement to consider missions, in which our church was very involved. Every Sunday morning in the middle of the service our pastor prayed for each of our large church’s long list of missionaries, so I felt I knew and cared about them in many ways.

Q Who is someone that influenced you in your decision to serve as a missionary in a cross- cultural setting?

Ron: Dr. Donald Fullerton started the Princeton Evangelical Fellowship.  As a young man, he was a missionary to India.  Health reasons forced him to return to the US to be cured.  When he was on the ship to return to India, God spoke to him and told him he did not want him to go back.  Doc told God that if He didn’t want him to return to India, He would have to turn the ship around.  The next day the ship turned around and went back to New York!  God then led Donald Fullerton back to his alma mater to evangelize and disciple Princetonians for the mission fields of the world.  I was heavily influenced by the PEF, Doc Fullerton and the many Princeton grads I met who had become missionaries.

Jeannie:  My husband and I have a good friend whom our Michigan NAB church supported, and who served with Operation Mobilization for many years behind “the Iron Curtain” in Central and Eastern Europe.

Ron: I did my first missions trip in 1991.  Between then and 2011 I made around 20 mission trips, most often to Hungary and the Balkans.  In 2011 Jeannie and I became full-time workers with the NAB in Hungary.

Jeannie: Officially as a “traditional, full-time missionary,” since 2011. But as a mission-hearted and involved person- far more than that.

Ron: God is always equipping and preparing us for our next mission for Him.  Twenty years of doing mission trips in Hungary was the greatest preparation for Jeannie and me.  By the time we became full-time workers we knew many contact people in Europe, knew the Hungarian culture and geography and had a start on the language.  In addition my background as a pastor who started several new ministries was a great help in beginning CHE in new countries.

Jeannie: In addition to my teaching art  in large public high schools  where there were many different ethnic groups represented- and I taught and got to know many of them, Ron and I spent many summers leading short-term mission teams that we had instructed in doing street evangelism through drama, mime, music. We learned through those multiple experiences to be flexible, enjoy the moment in God’s provided timetable, and relax in the concept that mission work that we might do is “His work,” and not our own.

Ron: What surprised Jeannie and me the most was how fast the ministry took off.  We had set our five-year goals to organize CHE in Hungary and to begin five community development pilot projects.  Within the first year we had a team in Hungary and were also setting up one in Serbia and planning to do the same in Romania.  Some of the people we had trained were already training others and they were setting up their own projects.

What did I wish I knew beforehand?  As a pastor I never wanted to deal with money issues.  I would leave that to the treasurer and the finance committee.  I could really use more know-how in that area as this work rapidly grows.

Jeannie: I was surprised to find that the Roma were oftentimes just as clever and intelligent as anyone else…and that the governments and many of the nationals treat them consistently as if they are ignorant and incapable children.  Most of all, often the churches are usually not interested in doing a mission of wholistic development among the hundreds of thousands of Rome in those countries.

Ron: The biggest way Jeannie and I have been affirmed has been that as we follow His leading, He keeps opening doors for us and removing mountainous obstacles at just the right time.  We left for Hungary with $5000 in our account to do missions work.  It was enough to do our first training conference.  Since then, He has added workers, volunteers, supporters and prayer warriors to our team as we have need them as the ministry has expanded.  It has been quite a ride!

Jeannie: Just that- the rapid spread of interest and commitment to learning and doing the Lord’s work in “CHE” with the Roma for God’s glory.

Ron: Working with Roma in Roma villages is quite a challenge to me.  In an, albeit, human and limited way, I have been experiencing the Incarnation of Christ.   Time and again, as I go into dingy homes and sadly see poverty-stricken men and women imprisoned in their foolish, sinful habits and unwilling to consider the truth of God’s redeeming power, I think, “this must have been how Jesus felt when He walked upon the earth.  I now know why He was a man of sorrows and acquainted with grief.”  Then I think, “This is also the way I must seem to Him as well.  He has so much more to offer me in my redemption and I just don’t get it myself.”  More and more Paul’s desire is coming true in my life through this experience:  “That I might know Him and the fellowship of His suffering and the power of His resurrection.”

Jeannie:     First is understanding that this ministry is HIS ministry, not ours. We are simply tools involved in the process of god’s intentional work among the Roma.  And secondly would be the relief that serving in our passion and gifting areas gives us, rather than in “have-to” areas of life and ministry

First, take several short-term mission trips to see if you have the gift of cross-cultural missions.  Make sure you have others who go with you or work with you on the field to honestly evaluate you in regard to this gift.

Second, examine yourself and your activities at home.  Are you cross-cultural, i.e. do you seek out people from other cultures?  Are you comfortable with them?  Do you love them, witness to them and bring them to church?  If you don’t do these things at home, it is not likely you will do them overseas.

Third, take it a step at a time.  God may not lay it on you all at once that He wants you to go to Cameroon.  He may start by involving you in ministry to international students at the university near you.  Then, if you have been obedient in that, He may prompt you to go to seminary without a clear goal in mind.  Then He may open to you His plan for the Cameroon.

Jeannie: If God is leading in that direction, follow through with checking out what doors are opening to you, and prayerfully enter in. It’s a wonderful thing to serve Jesus in spiritually (and often physically) less fortunate settings.

Ron: We have found God answering prayer in amazing ways when we send brief, concrete, up-to-the-minute and specific prayer requests to our prayer warrior list.  So you can pray for us by joining our prayer warrior list and then praying fervently for the items we send you.  We will try to keep you updated with answers as well.  To join the list, email Jeannie Seck at jeanseck@gmail.com

Jeannie: Please pray for good health, safety in extensive travels, and for God’s active Presence to go with us at all times. Thank you and may God bless all.

Hungary A Central European country with a great need for ministry among the Roma people. The Roma are commonly known as Gypsies, and are a despised people group throughout central Europe. Read More Facts View All Countries
Key Ministries