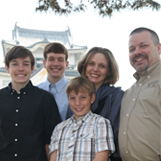 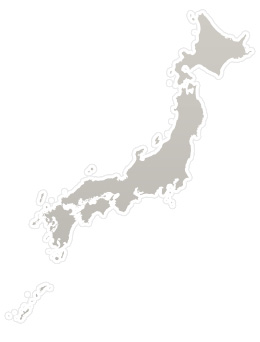 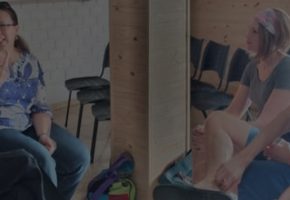 BEFORE AND AFTER by: Brandon & Marci Jones

We pray that all of you are holding strong in light of the chaos that has taken over the world in the past months.

Greetings from Japan, where we are now under a State of Emergency and schools were not allowed to start a new school year in April but are hoping to start soon. As I have shared in our ‘Praise and Prayer’ email last month, Saijo Sensei has been typing up his sermons and they were being hand delivered, but since the State of Emergency the sermons are being delivered electronically or by postal mail.

For the last two months as our lives were somewhat turned upside down, I experienced many reminders of God’s faithfulness and care for us.

Komyo Church celebrated 10 years this past spring. Up to this point we have been viewed as a church plant, working toward being an established church and calling a Japanese pastor. This fall we were given the go-ahead to begin that process.

Get to know Paul and Melissa Ewing

Q Who is someone that influenced you in your decision to serve as a missionary in a cross cultural setting?

Paul: I was influenced in a large way by Dr. Rod Zimmerman who was a NAB missionary to Cameroon for many years.  He challenged me to consider using my career for God as well as my daily life.

Melissa: I guess I would have to say my husband.  When he asked me to go overseas with him I knew that the answer was yes.  I knew that God called me to be his wife and to follow Paul where God would lead.  I trust Paul that he would not lead us in a direction that was not aligned with God and Paul is open to my thoughts and ideas, which help me to know that I could go anywhere with him.

Paul: While it would take too long to list them all, I think that being a son of a pastor, being rooted in my faith, living in multiple locations growing up, exchange students, short term mission trips, and a love for language all prepared me for a life outside my home country.

Melissa: Not really that much.  I enjoy being around people, getting to know them and caring for them. I have often found myself in situations where my heart ached for a friend or someone I knew and tried to help them in some way.  Having come from a divorced situation and lower economic life style growing up, I have always tried to view everyone as valuable and worthy.

Paul: Deep down people all over the world deal with the same human condition and issues that come from that no matter what culture they live in.  I wish I had known the language.

Melissa: Well, if I had been fluent in Japanese, boy would that have solved a lot of problems. But, I think the reality of life is that like most new experiences one just needs to live and learn on the job.  Hopefully if one has agreed to moving overseas that person is coming knowing that life will be different, food, shopping, money, language, even living situations will all be different than what you have grown up with.  Take each day as it comes, breathe knowing there will be frustrations but work through them.  Try to laugh as much as possible.

Q What initial fears/concerns did you have about serving as a missionary overseas?

Paul: I guess the fear of the unknown was the biggest concern I had about serving oversees, but very quickly God taught us that what we don’t know, He does!

Melissa: When we moved to Japan my focus was on my two boys.  I think my biggest concern was their health and that they be able to get everything that they needed to thrive.  I quickly learned I had to give them to God.  My kids’ lives were God’s and He would provide all that they needed.  Sounds like a patent response, but it was something I wrestled with and had to work on day after day.  Even today, after 15 years I wrestle with the daily handing over of to God.

Q What has been the most rewarding part of your work?

Melissa: Seeing the joy of the Lord in a Japanese believer.

Paul: No matter what challenge, heartbreak, or trial unfold in my life, God always helps me to navigate it in His love and wisdom and brings a many-fold blessing along in the process.  And…we are still here!

Melissa: When we go home to the States, I miss Japan, the people, and our way of life in Japan. I often can’t stop thinking and praying about the people we serve.

Paul: Missions work is not usually glamorous or as “romantic” as many imagine it to be.  It is for the most part a very trying, stressful, and labor intensive calling which has left many scarred or even faithless.  While it is not something to undertake lightly, it is, at least for me, the most rewarding and fulfilling thing in my life.

Melissa: I face my daily routine and life very much as if I lived in North America. I have found many similarities in people; after all we come from the same creator.  Our cultures are just different perspectives on life and our reactions to it.

Paul: Having grown up in the NAB, I have always been attracted to the family atmosphere of the NAB as well as the importance that has been placed on International Missions as something that we can all do together as a part of the larger family of God.

Melissa: My husband grew up NAB from the Midwest and I grew up NAB in New York.   We knew and trusted the denomination.  For me, I felt the security in being part of a family that would make sure our needs where met, our monthly support, health insurance, and knowing that NAB could be trusted and counted on.

Please pray that God will continue to draw people here in Japan to Himself.

Pray for my family as we seek to raise our sons to be godly men who live for Christ.

Finally pray as the apostle Paul asked, “Pray also for me, that whenever I speak, words may be given me so that I will fearlessly make known the mystery of the gospel.”